Loveland Home, Shop and Horse Facility is an incredible 7.38-Acre estate located just SE of Loveland, CO. This unique property offers everything one could want in a comfortable country living with a beautiful 3,211 sqft. home, 4-stall horse barn, 3 car attached garage, an over engineered 50x100 shop with an expansive 122x72 indoor riding arena. Land Located minutes from the Historic Johnson's Corner, 13 minutes to downtown Loveland and 46 minutes to the Denver Airport. Enjoy the awesome views and tranquility with all the amenities nearby.

Improvements This beautifully updated home features 4 bedrooms, 4 bathrooms, wood flooring throughout, formal dining room, an oversized laundry room and a very nicely done bar area to entertain once the horses are fed and the boys come in from the shop. Lounge on multiple sitting areas surrounding the house and enjoy the outdoor kitchen, the firepit or set up the hot tub of your dreams on the existing pad that is pre-wired and plumbed.

The entire 7.38 acres is fully fenced with vinyl and steel construction. Allow the horses to graze on just under 4 acres or let the dogs run as they please, due to the worry free in ground electric fence that surrounds the property. Enjoy the mature trees all set on a drip system and the overwhelming mountain views.

The heated 50 100 shop is perfect for the family with lots of toys, plenty of room to store your Toy Hauler, Atv's, Side by Sides, you name it. The shop boasts a wash bay, in floor dump station and its own bathroom with heated water and shower that doubles as a small animal wash area. The built in indoor/outdoor dog runs provide plenty of room for the animals to be safe of predators and weather alike.

The horse possibilities are endless with the 4-bay horse barn. This 36 60 heated and insulated barn has plenty of room to spread out. With the wash bay, hay storage and tack room, you can enjoy and service your animals in this all-inclusive space. Only a short walk away, you will find the state-of riding arena. No detail has been overlooked in this building. The sand-clay soil gives your horse the proper footing to practice and enjoy dressage on any level. The oversized mirrors will ensure you're in the money round at the next event. To cap it all off, make use of the attached garage, large enough to support your horse truck/trailer rig, additional hay storage and accessories.

Country living with nearby amenities

On average, there are 233 sunny days per year in Loveland. The US average is 205 sunny days.

Summer High the July high is around 87 degrees

Winter Low the January low is 16

History Although the City of Loveland was established in 1881, many believe the first settlers arrived around 1858 creating a settlement called Miraville. One of those settlers, Mariano Medina, established a stage coach station for the Overland Stage Line which eventually became Fort Namaqua and the location for a federal post office.

Around the same time, the first phase of homesteaders began to arrive establishing farms in the Big Thompson Valley around Devil's Backbone and the Big Thompson River. Namaqua continued to grow under Medina and then-postmaster Hiram Taddler but as Medina's health began to turn, so did the fortunes of Namaqua. By the time Medina died in 1878, Namaqua had faded into history. Markers for the Medina family graves can be found at Namaqua Park in the far west part of Loveland just south of Highway 34.

As Namaqua was withering away, another settlement in the area was beginning to flourish St. Louis. The settlement gained its name thanks to Andrew Douty, the owner of a flour mill in the area, who was printing St. Louis on his flour bags as a marketing ploy.

In 1873, a new flour mill owner arrived to the area, David Barnes. Barnes and his wife, Sarah, moved their family from the then boomtown of Golden, Colorado, to a 320-Acre farm north of the Big Thompson River and between Namaqua and St. Louis. Barnes had learned from his good friend, William A. H. Loveland, the president of the Colorado Central Railroad, that a newly constructed line of the railroad would be extended from Denver to Fort Collins and eventually Cheyenne, Wyoming.

Although Barnes was raising wheat on his farm, he immediately began platting a new town on an 80-acre site next to the surveyed line of the railroad that went through his wheat field. In 1877 Barnes donated part of his farm to the railroad for its right-of-way. By December of 1877, the railroad had its depot complete and ready for service.

Construction of the town began without delay in the spring of 1878. Merchants from St. Louis began to relocate one mile upstream to Loveland and brought their buildings as well to be closer to the railroad. Homes began to follow shortly thereafter and on May 11, 1881, the residents voted to incorporate. Although many felt the town should be named Barnesville, it's not without coincidence the farmer and developer David Barnes chose to name the town after his good friend, W.A.H. Loveland.

Barnes was adored by the residents of Loveland for his willingness to help a neighbor and was referred to as Uncle Dave. Barnes passed away in 1886, but his original home still stands and remains in use today as a dwelling on Ernest Place.

The railroad helped Loveland establish itself as a shipping point for farmers, ranchers, and even lumber suppliers. This led to the town's rapid growth, as Loveland had approximately 250 residents in 1882 and by 1885 its population had surpassed 900. Loveland had also gained its own weekly newspaper, The Reporter, the predecessor to the present community daily, the Loveland Reporter-Herald.

In 1901, the Great Western Sugar Company built a factory in Loveland, which remained a source of employment until its closure in 1985. In 1902 the town reconstructed the train depot which is still present today, operating as the Sports Station American Grill, a popular sports bar and restaurant in downtown Loveland.

For the first half of the 20th century, the town was dependent on agriculture. The primary crops in the area were sugar beets and cherries. During the late 1920S the Spring Glade orchard was the largest cherry orchard west of the Mississippi River. At that time the cherry orchards produced more than $1 million worth of cherries per year and why Loveland holds an annual Cherry Pie Celebration the second Friday in July. Unfortunately, a series of droughts and a shortage of canning supplies caused by World War II destroyed the industry. By 1960 cherries were no longer farmed in Loveland as the industry wasn't able to compete with cherry growers in California and Michigan.

In the second half of the 20th century, a new gold rush was established jobs. Loveland diversified its economy by successfully courting Hewlett-Packard who established a large manufacturing facility in the Southwest section of the city. A number of other companies followed, either locating in Loveland or in neighboring cities including Fort Collins, Greeley, and Windsor.

Today, Loveland, Colorado, has become the center of the one of the nation's fastest growing regions, Northern Colorado also known as NoCo. Within the region you'll find great international companies like Owens-Illinois, Vestas and Woodward and within in Loveland itself, companies like Agilent, Hach, and Kroll Factual Data.

Loveland has strategically positioned itself by incorporating the interchange of Interstate 25 and U.S. Highway 34. This fast-developing area known as Centerra has led to construction of several shopping centers, a new medical center, the Budweiser Events Center and the new Embassy Suites Loveland Hotel, Spa & Conference Center with 40,000 square feet of flexible event space. This growth in Loveland continues as businesses like Agrium and Crop Production Services have located their regional headquarters to Loveland in 2010. Many thanks to Kenneth Jessen, author of Thompson Valley Tales and Jeff and Cindy Feneis, authors of Exploring Loveland's Hidden Past, the People and Places of Early Loveland, Colorado, for so graciously sharing their knowledge of Loveland, Colorado. Location Located minutes from the Historic Johnson's Corner, 13 minutes to downtown Loveland and 46 minutes to the Denver Airport. Enjoy the awesome views and tranquility with all the amenities nearby.

View My Properties
Property features, descriptions, details, directions, sales history, photos, maps, boundaries and files are deemed reliable and provided "as is" without guarantee, warranty, representation, expressed or implied by COMMERCIALFLIP or its advertisers, and is subject to errors, omissions, sale or withdrawal. Buyers should excercise their own due diligence when purchasing real estate. Contact the seller directly regarding this listing.
Pro Property Broker
Contact Broker 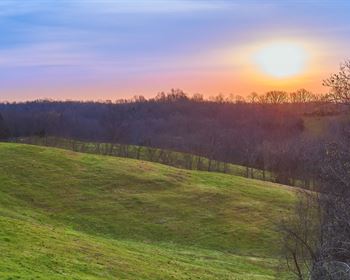 Things to Think About if You’re Financing a Land Purchase 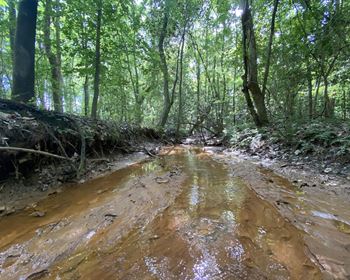 Timberland as an Alternative Asset: Investment Liquidity and Inflation 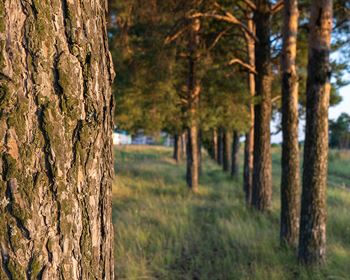 Planting Trees is Better Than Leaving it to Nature